Meet the Team Behind LinkSquares

Since 2015, we’ve been at the forefront of AI-powered contract and legal document analytics. 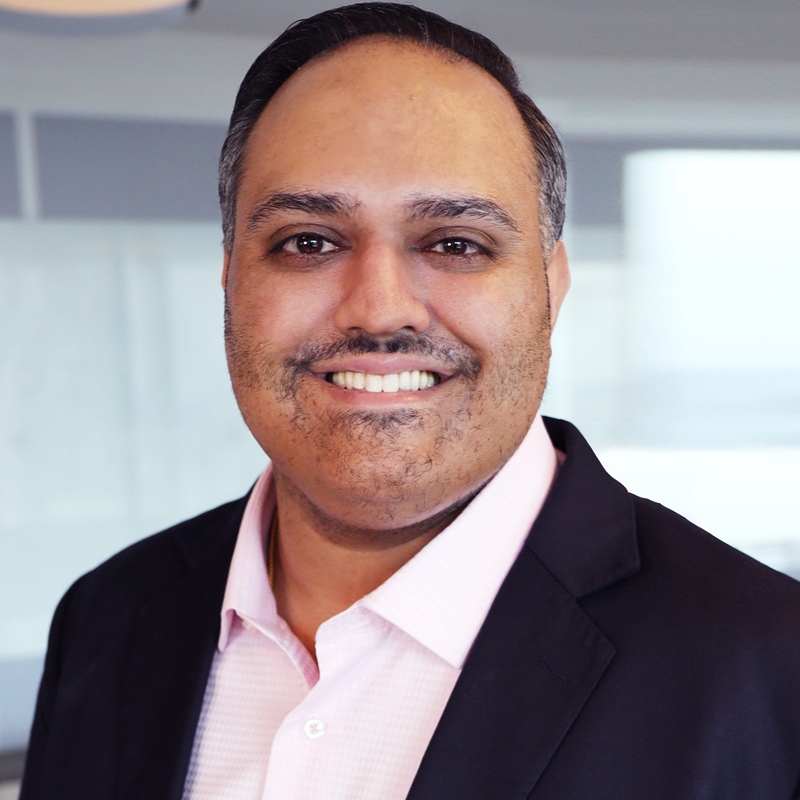 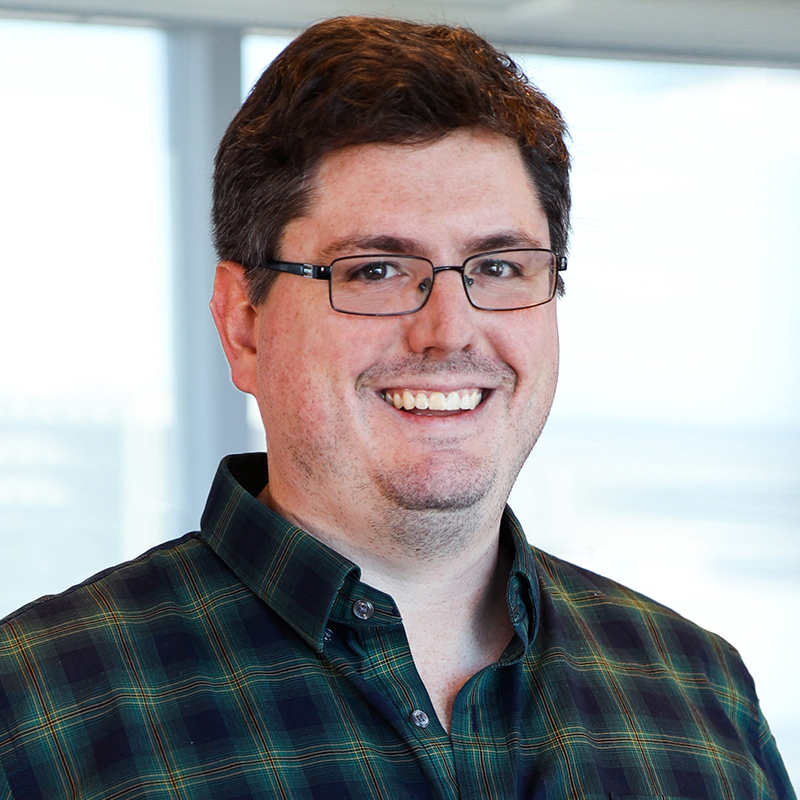 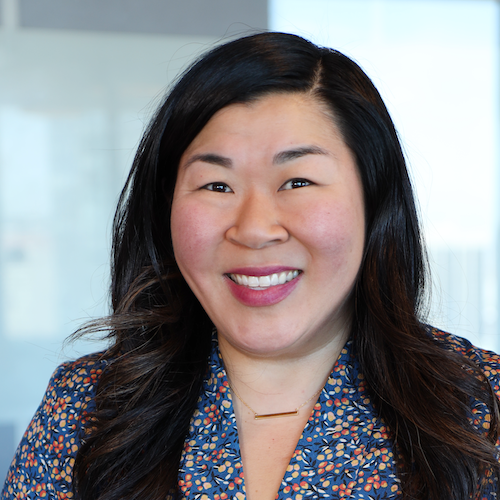 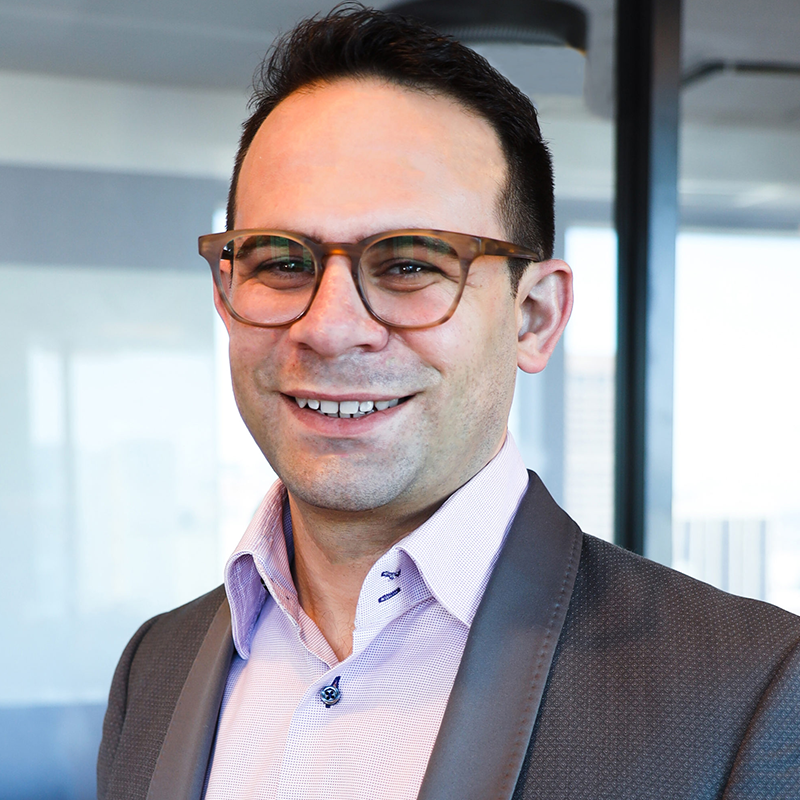 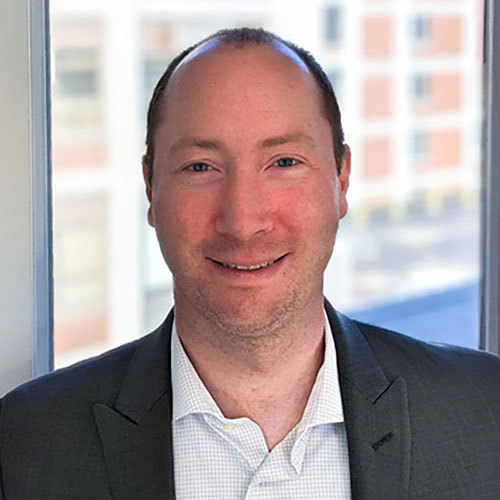 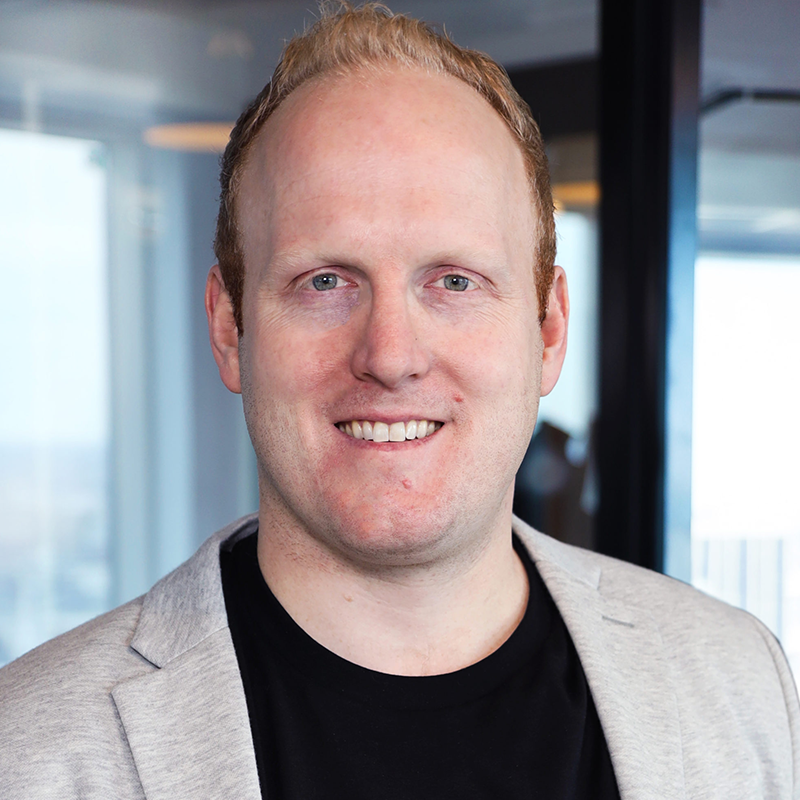 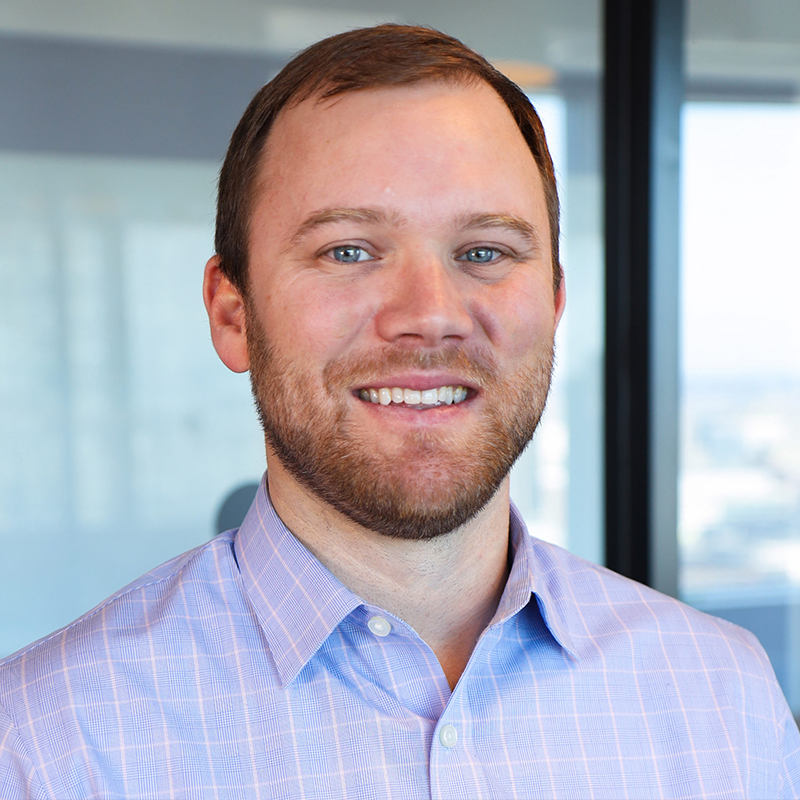 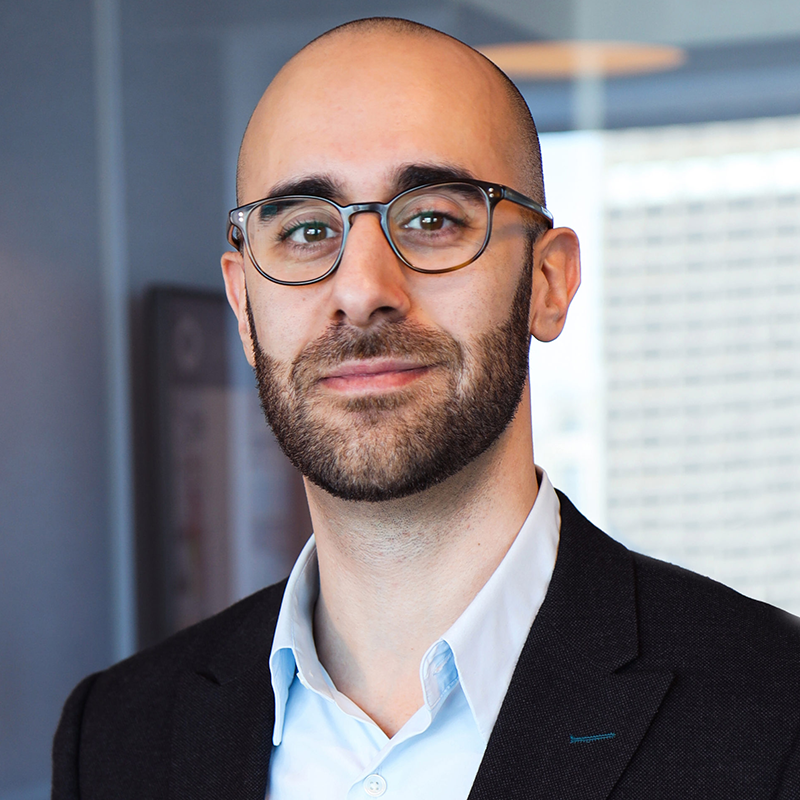 Vishal Sunak is founder and CEO of LinkSquares, the company behind the fastest-growing AI-powered contracting platform for legal teams. Named among the 2020 Gartner Cool Vendors for Contract Lifecycle Management and Advanced Contract Analytics, LinkSquares is used by more than 400+ legal teams at mid-to-large companies, including brands such as TGI Fridays, Cogito and Wayfair, to move their businesses forward faster.

Vishal is widely recognized as a change agent in the legaltech space, where he has worked tirelessly to improve outcomes for legal teams, while elevating their visibility within the enterprise.

In 2021, Vishal was named an Ernst and Young Entrepreneur of the Year, one of the preeminent competitive business awards for entrepreneurs and leaders of high-growth companies. LinkSquares debuted on the Inc. 5000 in 2021 at position #253.

Outside of LinkSquares, Vishal mentors local Boston-based startup founders, plays covers and the blues on his guitar, and spends time adventuring with his wife and young daughter.

Vishal has a B.S. in Engineering from Northeastern University and an M.S. from Worcester Polytechnic Institute.

As CTO, Eric is responsible for providing the software that saves time and money for legal and finance teams around the world. He is an expert in building highly scalable, fault tolerant, and secure web experiences.

He gained experience in the software startup world almost twenty years ago, where he built products and learned from industry experts. Before joining LinkSquares, he was Backupify’s second employee, and became an integral part of the company as it grew to 100+ employees before being acquired.

Juliette is the Chief Marketing Officer at LinkSquares, where she sets the company’s strategy for driving awareness and demand.

She’s a data-driven leader with an extensive track record of running marketing programs at high-growth technology companies, including HubSpot, Datto, and Talla. With a strong focus on understanding buyer needs, she designs campaigns focused on driving revenue and results.

Juliette holds a B.S. in Business Management from Boston University and an MBA from the MIT Sloan School of Management.

Luigi Testa is the Chief Financial Officer at LinkSquares where he oversees the company’s finance and administrative functions.

In this role, he is responsible for helping scale the company and driving strategy. Prior to joining LinkSquares, he held strategic finance and corporate development roles at notable companies that include Building Engines, Rapid 7 (public), Nanigans (acquired), and Acquia (acquired).

Luigi holds an MBA from Babson College and an undergraduate degree in Finance from Bentley University.

As Chief Legal Officer, Tim oversees LinkSquares’ legal posture and acts as a strategic advisor to the company’s management and corporate counsel customer base.

He previously spent seven years as General Counsel for DraftKings. At DraftKings, he scaled the legal function and managed the company’s legal posture throughout numerous financing and fundraising rounds, litigation, and regulatory actions, at both the state and federal level, including the high profile legal challenges the company faced in 2015 alongside the explosion in popularity of daily fantasy sports and strategic acquisitions. Prior to DraftKings, Tim was General Counsel for Everest Gaming, a European-based online poker and casino operator, and was also a founder of a company in the cryptocurrency space.

Tim has a J.D. from the Walter F. George School of Law at Mercer University and a B.S. from Oakland University.

Before LinkSquares, Steve was the Head of Sales at Onshape, a cloud-based CAD startup. Steve first met the LinkSquares founding team while working together at Backupify, which was later acquired by Datto.

Steve lives in Reading MA, with his wife Julia, and dog Obi.

As SVP of Business Development, Chris is responsible for managing strategic partnerships and corporate relationships across the company.

Chris is a serial entrepreneur who has built multiple companies from concept. He brings a unique perspective on how to build and take products to market, while developing strategic relationships across prospects, customers, and partners.

Chris graduated from Centre College and also studied at the University of London.

SVP of Product and Engineering

As SVP of Product and Engineering, Andrew is responsible for defining the company roadmap. He is an expert in collecting feedback from external and internal stakeholders, and distilling that feedback into defined actionable items.

He is a previous founder and has extensive experience in conceptualizing, designing, and bringing new products to market. 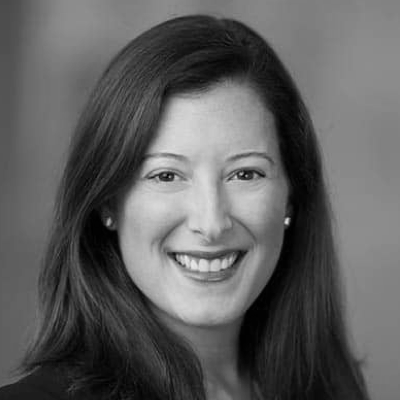 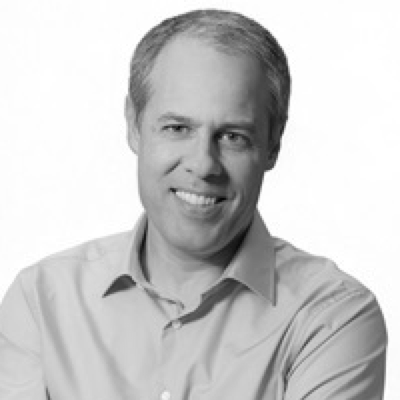 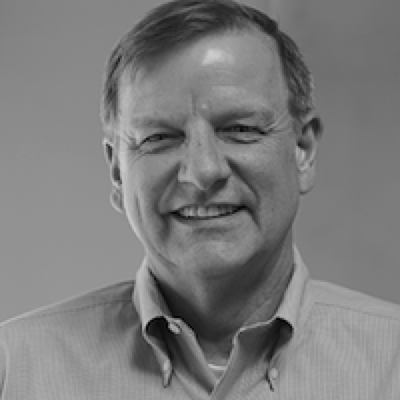 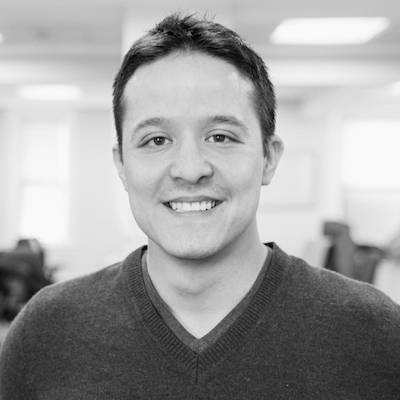 Prior to Carbonite, Danielle practiced corporate and securities law at Willkie Farr & Gallagher LLP, where she specialized in technology-related corporate matters and M&A.

Danielle was named to the Boston Business Journal’s “40 under 40” list of emerging business leaders, honored by the Massachusetts Bar Association and Massachusetts Lawyers Weekly as an “Emerging Leader,” selected as “Maverick of the Year” Stevie award winner for Women in Business, and named an “Emerging Leader for Advancing Women Leaders” by the Boston Business Journal. Danielle received a J.D. from Georgetown University and a B.A. with honors from George Washington University. She serves on the Board of Directors of The Boston Club and the Board of Overseers at Beth Israel Deaconess Medical Center.

Ari Buchler is a corporate director, investor and advisor. He brings to LinkSquares over 20 years of global experience leading corporate development and legal functions in both private and public companies. Ari’s functional experience building and scaling legal and contracting teams, as well as his broad management experience in successful fast-growing businesses have translated into significant contributions to the LinkSquares founders and the company. Ari currently serves on the Board of Directors of Simeio Solutions, an identity and access management (IAM) solutions provider.

Ari’s executive experience includes roles as the senior legal and corporate development executive at a number of companies, including Intralinks, Sophos, and Phase Forward. He started his career at the global law firm Skadden Arps.

Ari has a law degree from Columbia University School of Law and a bachelor’s degree in political science from Hunter College of the City University of New York. He previously served in the Israel Defense Forces.

Robert serves as Chief Legal Counsel and oversees all legal, regulatory, and legislative policy aspects of the company. He also serves as the company’s Global Privacy Officer.

Previously, Robert was a partner at Sutherland, Asbill & Brennan and a member of the firm’s Cybersecurity & Privacy team.

Alvaro Almanza is the General Counsel and Vice President of Operations at Atom Finance, Inc.,  where he oversees legal, regulatory, and compliance functions as well as heads operations for the company. He joined Atom in early 2020, and has helped the company successfully complete two funding rounds and positioned it as a dominant fintech partner in Brazil. Before Atom, Mr. Almanza was at S&P Global leading the legal and integration efforts for Kensho Technologies, Inc., ensuring seamless integration across all divisions and departments of Kensho with S&P Global. As General Counsel and Chief Compliance Officer at Kensho, which he joined in 2015, he guided the company through successful Series A and B funding rounds, and ultimately through the acquisition by S&P Global Inc. (NYSE: SPGI). That acquisition was the largest artificial intelligence acquisition in U.S. history at that time. Mr. Almanza also has extensive experience with litigation, having spent nearly a decade as a trial attorney in New York and California before joining Kensho. He has argued before many Silicon Valley luminaries, including the Honorable Judge Lucy H. Koh.

Mr. Almanza received his J.D. from Santa Clara University School of Law, in 2007, and is licensed to practice in California, Washington D.C., and New York. Prior to law school, he studied Computer Science and Information Systems and holds a B.S. in Management Information Systems. He is fluent in Spanish, and enjoys building computers in his spare time. 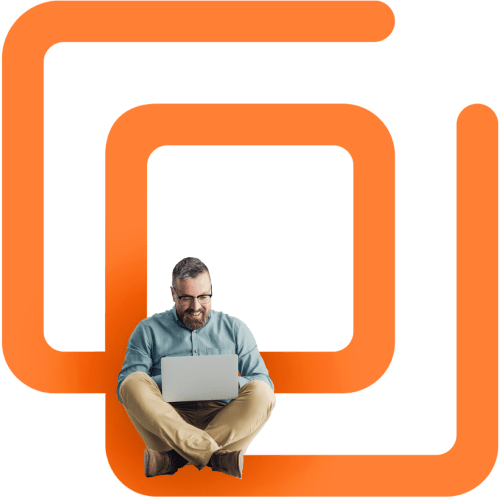