“Democratize sleep.” That has been the goal of Saatva’s founders since they launched their direct-to-consumer mattress brand in 2010. By selling directly to their customers, Saatva eliminated retail space costs and middle party mark-ups to sell luxury mattresses at competitive prices. By 2020, the company reached $375 million in annual revenue and is expected to surpass that in 2022 with their continued growth and expansion in the home furnishings space.

Throughout this rapid growth, Saatva relied solely on various outside firms for all legal needs, with no single person providing guidance and oversight. The company leadership quickly realized that they needed an in-house attorney to direct all legal initiatives if they wanted to successfully and efficiently scale. In December 2020, Saatva brought on Jarrod Sowell as Saatva’s Chief Reputation Officer and first General Counsel. His first order of business? Getting a handle on Saatva’s legacy contracts – where they were, what they said, and how they both protected and moved the company’s bottom line. 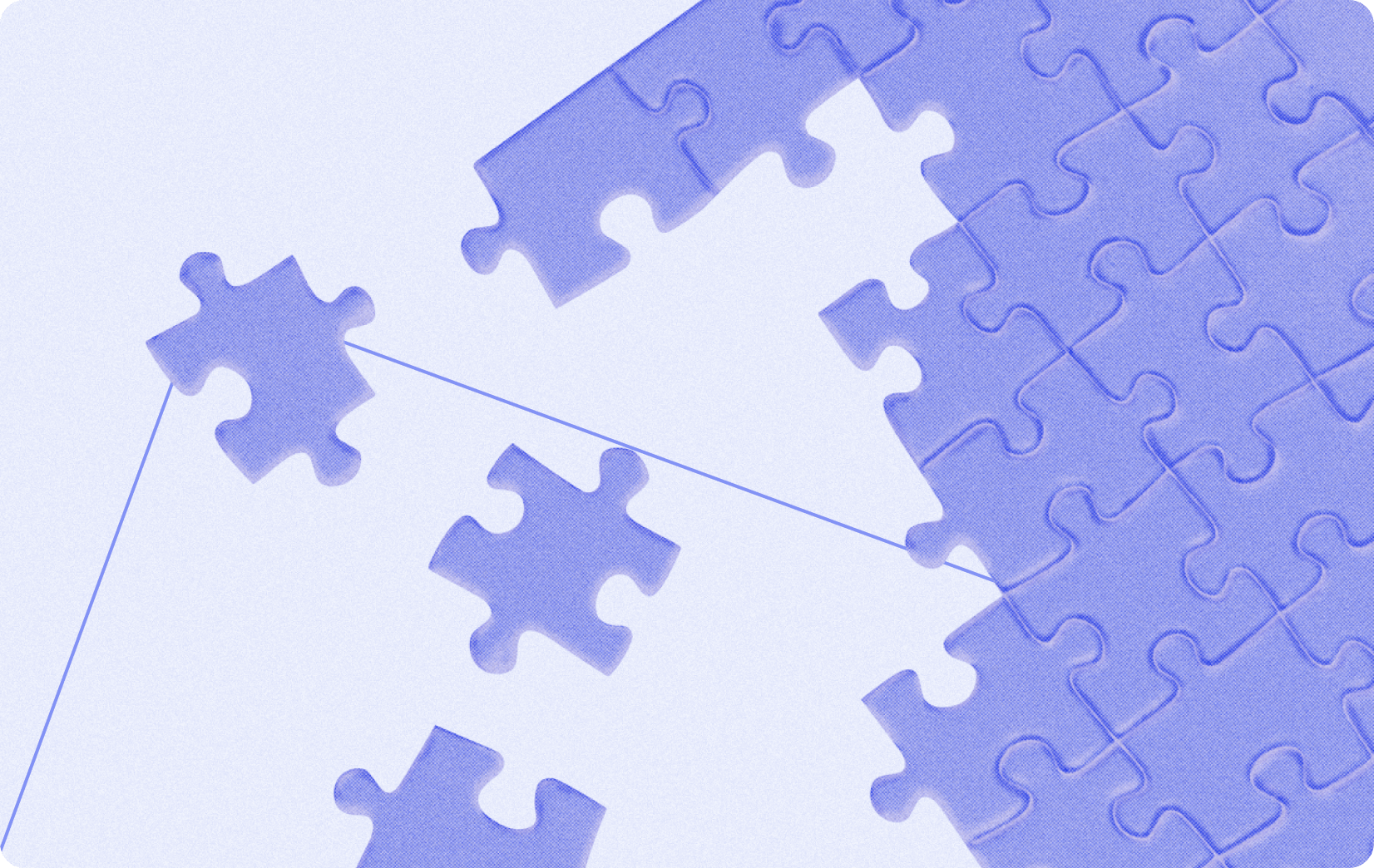 Prior to bringing on Sowell, each department – from marketing to sales – would work with various external law firms for their specific needs. The lack of centralized oversight of legal initiatives led to significant waste in both time and money.

“In a lot of ways, the left hand didn’t know what the right hand was doing,” says Sowell. “There was duplicative work happening that cost the company money in unnecessary legal fees and redundant service costs. For example, we had multiple instances of both Dropbox and Slack that were purchased independently by different teams, when we only really needed one instance for the company.”

This also caused confusion for the Saatva finance team, who would receive several bills from the same provider. Meanwhile, new managers would inherit costly services, but didn’t know where to go to renegotiate or cancel the relevant contracts. And without a system-of-record, there was no source of institutional knowledge to help understand the nuances of past negotiations.

Sowell knew that in order to get organized quickly, he needed a contract management system that could not only store Saatva’s contracts in one place, but also provide fast and actionable insight into the agreed terms inside each agreement. After soliciting recommendations from other GCs through an industry group, Sowell determined that LinkSquares was the solution he needed in order to optimize the company for growth.

Sowell began by tracking down every Saatva contract across several different law firms, eventually locating over 100 active agreements. These documents were then imported into LinkSquares Analyze, where each contract underwent the standard ingestion process: the contracts were intelligently scanned with 15 key pieces of metadata extracted before being automatically renamed based on the preferred naming convention. The documents and associated data were then stored in a centralized repository. 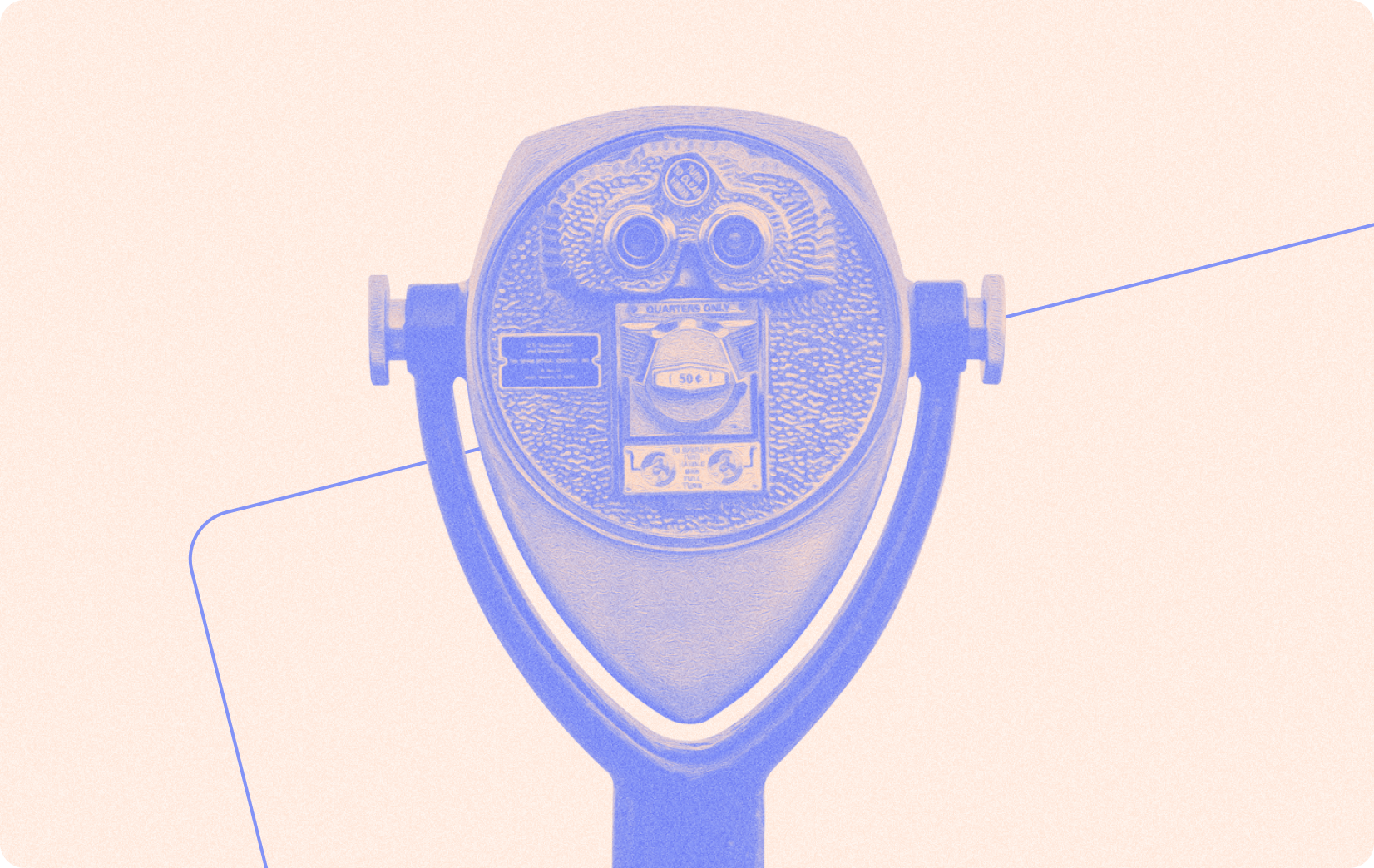 With all of his contracts in one place – and the ability to quickly run targeted reports across them – Sowell got to work organizing the company’s contract portfolio. He needed to know what they agreed to with their vendors, when those agreements expired, and if any were duplicative or unnecessary.

“With Analyze, I was able to quickly identify significant areas for savings,” says Sowell. “I found redundant contracts with vendors, contracts that auto renewed for a higher price that needed to be renegotiated, and agreements for unused services that needed to be canceled. Within a month or two of onboarding LinkSquares, we saved at least $50,000 in unnecessary spend.”

"Within a month or two of onboarding LinkSquares, we saved at least $50,000 in unnecessary spend."

Along with these immediate savings, Sowell leveraged the reporting capabilities in Analyze to surface key liability clauses to gauge possible exposure. For instance, he was able to identify potential monetary fines and other negative covenants across multiple service contracts that had not previously been tracked. This was not a concern, but the knowledge helped Sowell ensure that these SLAs were carefully managed. 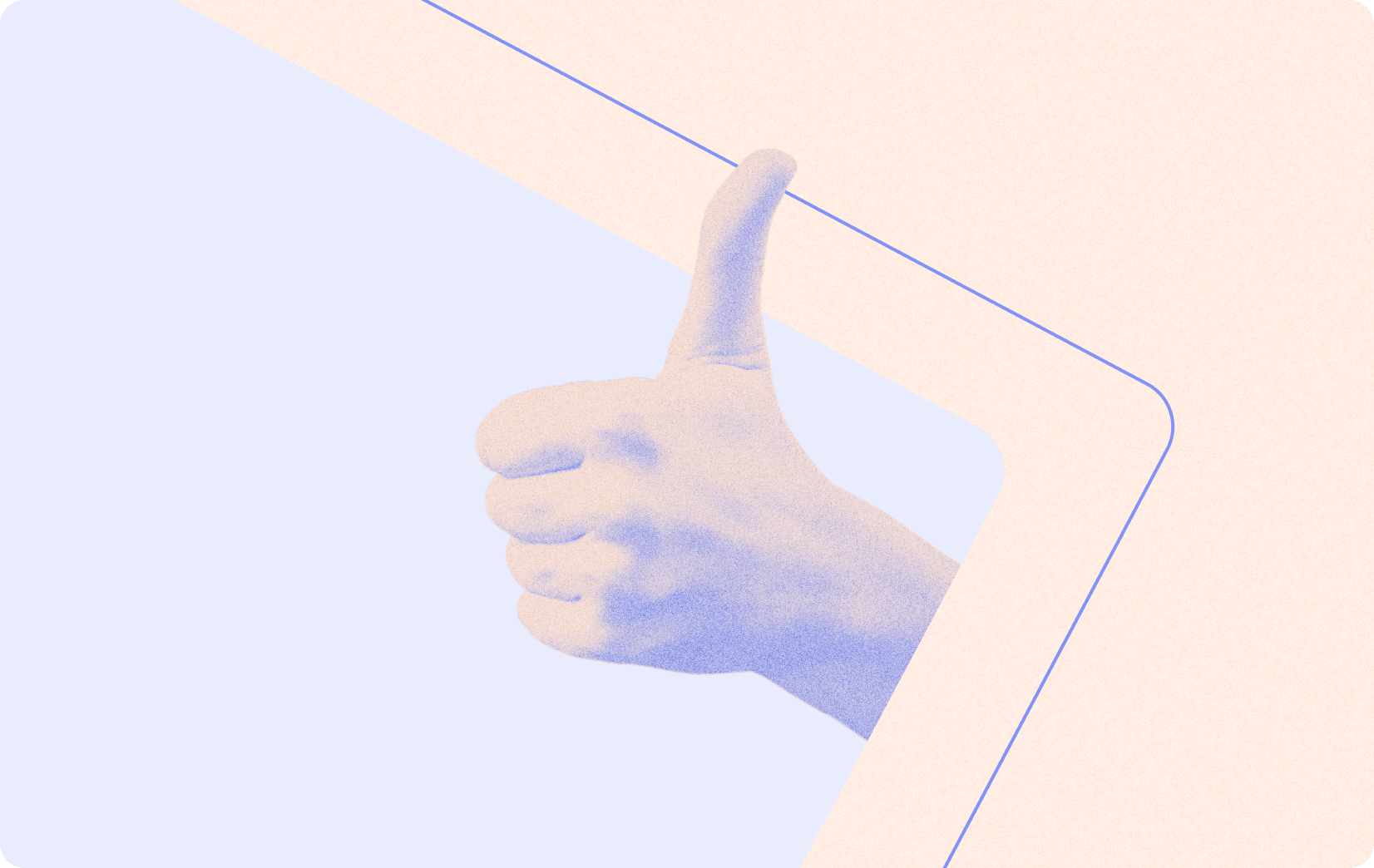 “This meant that our negotiated clauses and payment terms varied widely from agreement to agreement,” remembers Sowell. “Our payment terms were all over the place, which was a nightmare for our finance team, and inconsistent language made my job more challenging.”

With Analyze, Sowell was able to immediately locate every instance of a specific clause and compare them side by side to determine what made sense for the company. From there he developed a set of repeatable, boilerplate clauses to keep the company’s contracts consistent and their risk low.

Additionally, Sowell leveraged Analyze’s search capabilities to quickly surface any document referencing Saatva’s previous entity names and required amending. He also took advantage of the platform’s tagging functionality to easily find specific agreement groups. For example, he tagged all marketing contracts with ‘Marketing’, and then tagged any specific marketing contracts for the creative team with ‘Creative’. He can now find what he needs in seconds as opposed to the 5-10 minutes it would take sifting through a shared drive.

“LinkSquares gives me the ability to do what I need to do quickly and efficiently,” says Sowell. “I save about 5 hours a week on clerical tasks which has allowed me to focus on high value legal and operational work.” 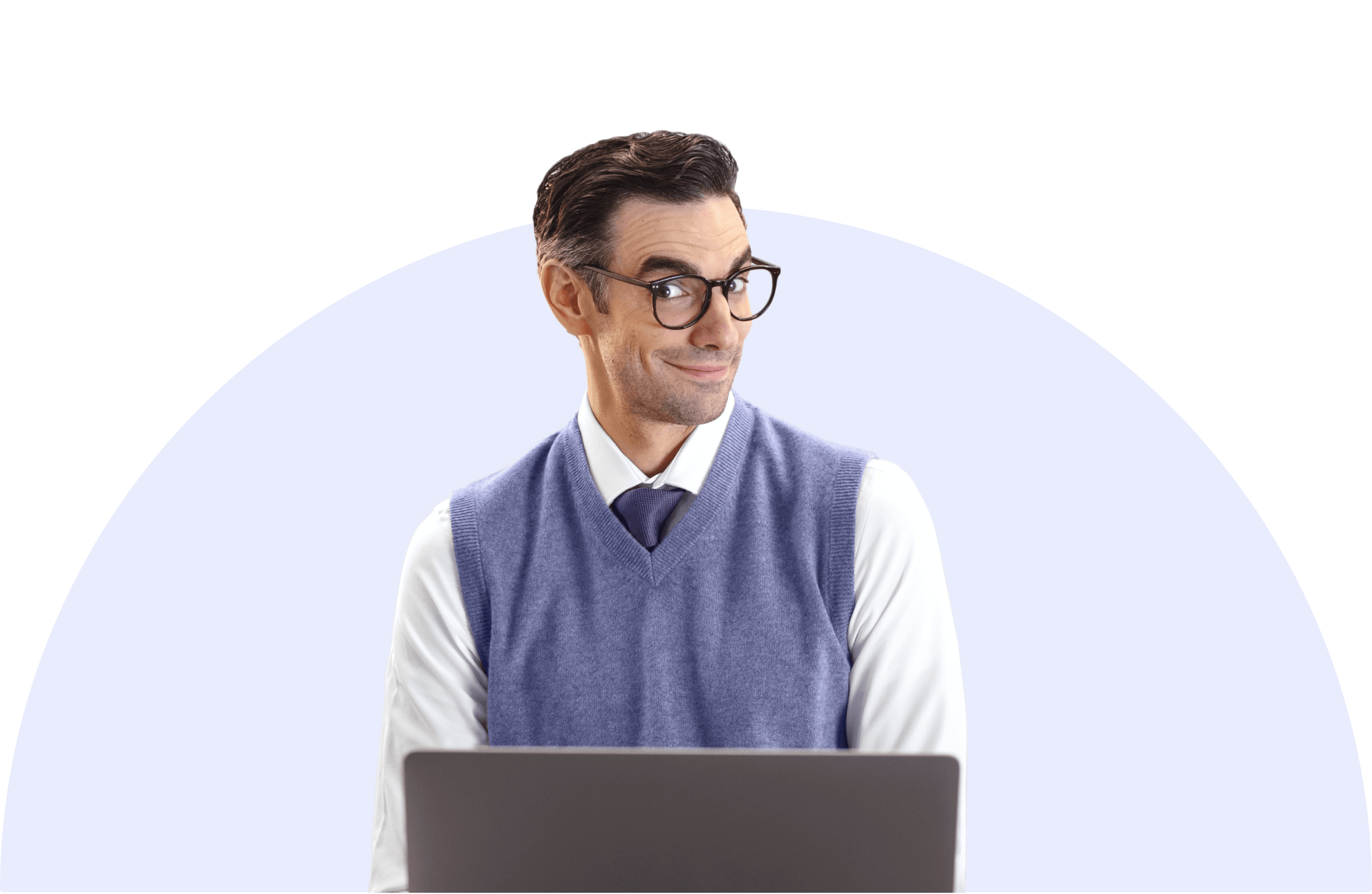 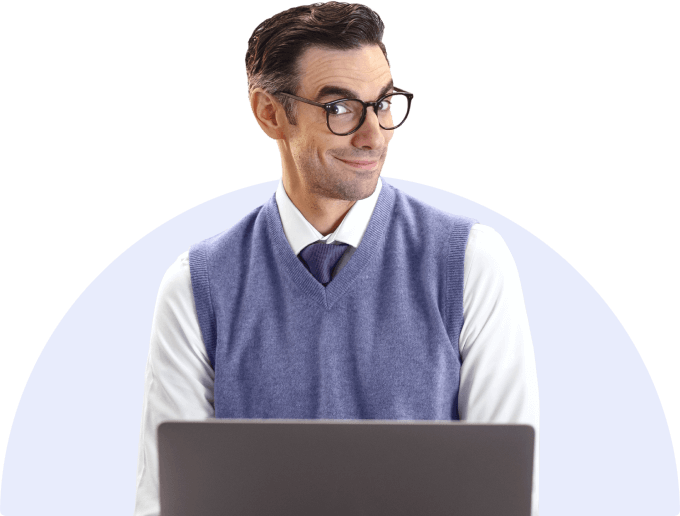 Ready to modernize — no, future-ize — your team?
Strap on your jetpack and schedule a demo today
Schedule a demo
This website stores cookies on your computer. These cookies are used to collect information about how you interact with our website and allow us to remember you. We use this information in order to improve and customize your browsing experience and for analytics and metrics about our visitors both on this website and other media. To find out more about the cookies we use, see our Privacy Policy.

If you decline, your information won’t be tracked when you visit this website. A single cookie will be used in your browser to remember your preference not to be tracked.

This website uses cookies to improve your experience while you navigate through the website. Out of these, the cookies that are categorized as necessary are stored on your browser as they are essential for the working of basic functionalities of the website. We also use third-party cookies that help us analyze and understand how you use this website. These cookies will be stored in your browser only with your consent. You also have the option to opt-out of these cookies. But opting out of some of these cookies may affect your browsing experience.
Necessary Always Enabled
Necessary cookies are absolutely essential for the website to function properly. These cookies ensure basic functionalities and security features of the website, anonymously.
Functional
Functional cookies help to perform certain functionalities like sharing the content of the website on social media platforms, collect feedbacks, and other third-party features.
Performance
Performance cookies are used to understand and analyze the key performance indexes of the website which helps in delivering a better user experience for the visitors.
Analytics
Analytical cookies are used to understand how visitors interact with the website. These cookies help provide information on metrics the number of visitors, bounce rate, traffic source, etc.
Advertisement
Advertisement cookies are used to provide visitors with relevant ads and marketing campaigns. These cookies track visitors across websites and collect information to provide customized ads.
Others
Other uncategorized cookies are those that are being analyzed and have not been classified into a category as yet.
Powered by